What is meant by cycle tourism? The definition given by Treccani is “bicycle tourism” and we have all arrived here. You travel by bicycle for many reasons: for the love of sport, for a lower ecological impact, to fully savor the territory and nature. Cycling towards the cities of art, ancient villages or lonely peaks is a unique pleasure. Italy is a country rich in historical memories. Using the bike, instead of other means of transport to appreciate all this, is good for the body but also for the heart, giving you lots of emotions.

Traveling on two wheels has become a form of tourism that conquers more and more enthusiasts. To give you an idea, it alone has a turnover of about 7.5 billion euros a year, and in 2021 it recorded, according to Legambiente, over 6 million visitors throughout Italy, equal to 9% of the total. annual. Given the growing interest and the consequent demand, in the last three years 750 million have been allocated with the aim of developing the national cycle path network.

A curiosity: the first man who turned the way by bicycle was Paul de Vivie, a Frenchman who worked as a textile salesman. He traded with China and England, countries where the use of bicycles has always been widespread, so he began to appreciate the use of two-wheeled vehicles, so much so that in 1889 he founded the first touring cycling club in Europe. .
Bike on the bicycle touring meadow 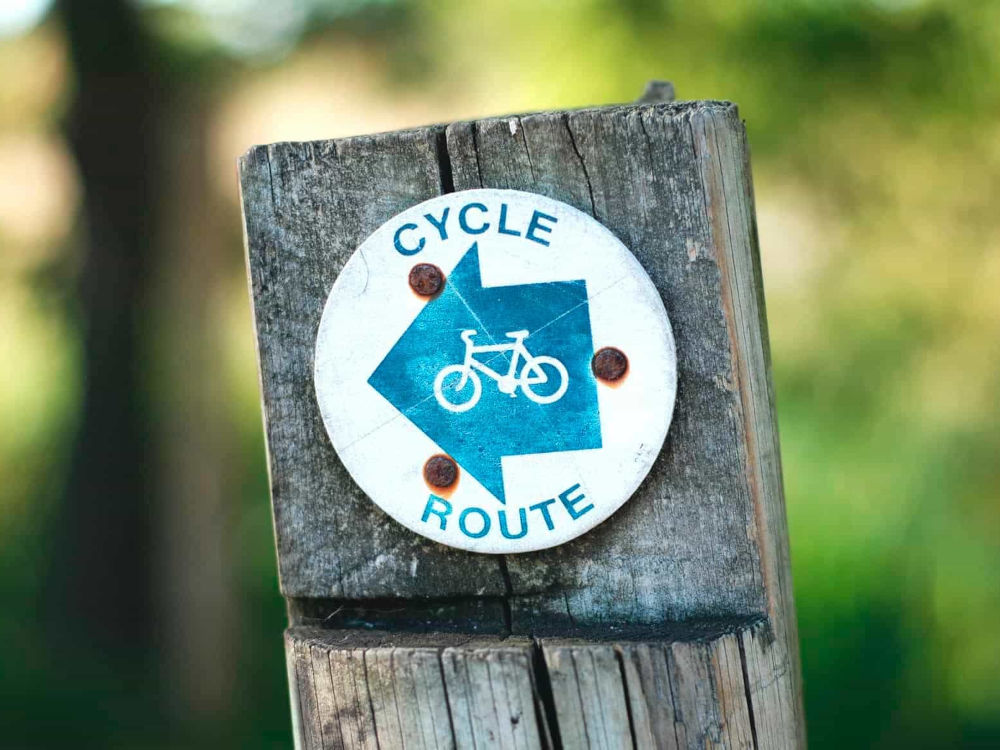 For road bike and MTB lovers, Veneto offers very varied itineraries: from the sea to the mountains, from the lake to the hills. Among the most beautiful and evocative? Here they are:

– The Prosecco Hills by mountain bike, a route that starts from Asolo, one of the most beautiful villages in Italy and ends in Vittorio Veneto.
– The sea route that starts from Rovigo and ends in Portogruaro. They are about 250 Km. Crossing the mouth of several rivers, arriving at the sea (Venice, Caorle, Bibione, Chioggia).
– Valpolicella and Amarone which ends in Verona.
– From the Dolomites to Venice. It starts from Cortina d’Ampezzo, takes a cycle path that was once a railway and continues to Belluno, Vittorio Veneto, Conegliano, Treviso, Mestre and Venice.
– The Valsugana cycle path, known as the Brenta river cycle path, which starts from Bassano del Grappa and arrives at the Levico and Caldonazzo lakes.

When the cyclist decides to organize his own cycling holiday, he relies on the Bike Hotels and on equipped accommodation where to stay. They are specialized structures to meet all their needs, with small workshops and bike rentals. They also offer support for maps and routes. Inside, perhaps you can also find a gym or a wellness area, where you can relax after cycling for a day. Very often in these Bike Hotels you can also find expert figures to recommend the various routes to be tackled in the area.

The Hotel Garden Relais, partner of the Cani & Porci Team, offers excellent technical support and more (there is a beautiful spa and a swimming pool where you can relax at the end of the ride!) to all those who want to spend a holiday by bike through the territories of the Ezzelini, between Asolo, Bassano del Grappa and Treviso or try your hand at the roads that lead to the top of Monte Grappa.

Let’s not forget the campsites. Perhaps the first structures that started this form of holiday are among the favorites of cycling tourists, given their diffusion and easier availability. We also remind you that free camping is prohibited by law, even if tolerated in some areas.

read the whole article on teamcanieporci.com

You may also find these articles interesting

Connect to our WIFI